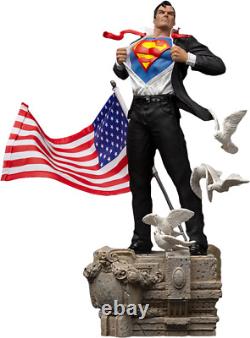 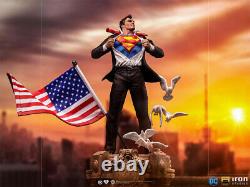 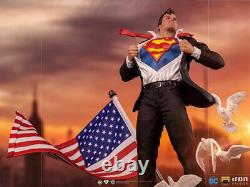 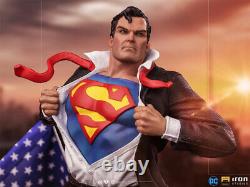 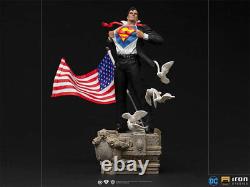 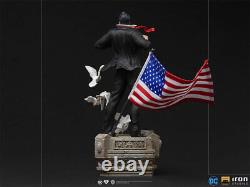 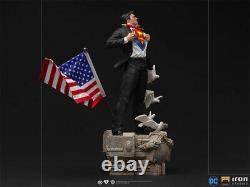 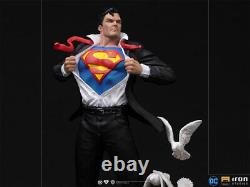 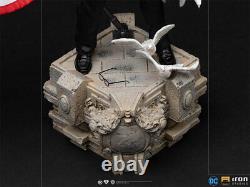 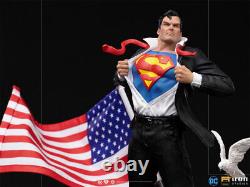 Dc Superman Clark Kent Deluxe Art Scale 1/10 statue Iron Studios Sideshow. The description of this item has been automatically translated. Sideshow and Iron Studios present the latest from the Art Scale 1:10 line - the Clark Kent Deluxe statue! Iron Studios brings the civilian version of Superman! On top of a building in the big city of Metrópolis, Clark Kent, the shy reporter for the Daily Planet tabloid, glimpses the sky with a serious and thoughtful face, focused on a distant target, while opening his shirt revealing his unmistakable red and yellow coat of arms in the shape of an "S" on his so popular blue suit. Ready to take flight, with some pigeons, a subliminal symbol of peace, and next to the flag of the USA, the nation where he was raised and which became his home, this superman is presented by Iron Studios in the imposing "Clark Kent Deluxe statue - DC Comics - Art Scale 1:10 - Iron Studios ", with the hero of the heroes in his no less important version, of a civilian. Created in 1938 by Joe Shuster and Jerry Siegel, Superman is considered by many to be the first superhero. Kal-El, his original name, is one of the last survivors of the extinct planet Krypton, and he was sent as a baby by his biological father, a renowned scientist, to our planet. On Earth, he was found by a couple of farmers who exceptionally raised him. As an adult, he assumed, as his disguise, the identity of the reporter Clark Kent, in an activity in which he was able to keep himself informed of all the events, enabling him to use his powers to protect humanity both alone and alongside his allies in the Justice League.