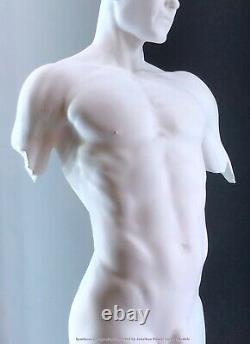 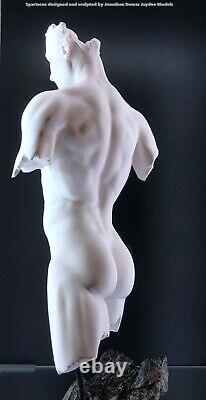 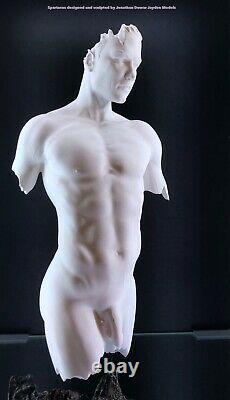 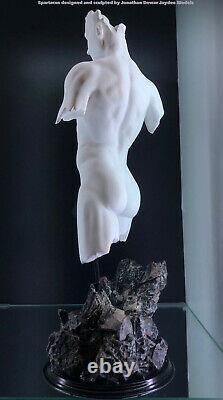 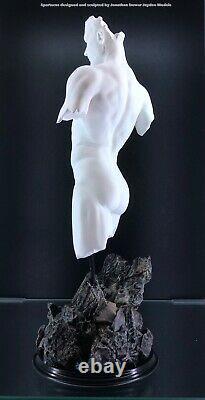 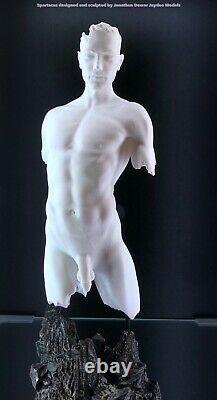 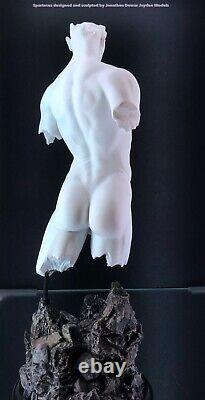 Jaydee models is proud to present a 1/5 scale torso of Spartacus stone white nude limited edition. I'm sure many of us are familiar with Spartacus from the Stanley Kubrick movie and later the popular tv series Spartacus blood and sand. My inspiration for this sculpture comes from what was actually written in the history books about this man, a slave and gladiator who turned and fought against the Roman Empire. He won nine or more battles against the Roman army, his own army continued to grow in size and possibly could have threatened the Roman Empire in time but was finally defeated by Crassus and a huge eight legion army.

His story is without doubt inspirational, I wanted to sculpt something but did not want to sculpt a battle or fighting pose as I've already sculpted several statues along those lines. So I decided to sculpt a torso, with the idea that he's about to go into his final battle, looking to face Crassus and kill him. I put all my creativity into his face and expression first, wanting to portray the determination and courage of Spartacus. The rest of the sculpture followed after I had achieved this look, I went for small body movements to go along with the theme of a pre battle moment of stillness and thoughtfulness of what's to come in his final battle with Crassus.

When that was completed I went to work on the Roman/gladiator armour for Spartacus, I thought it would look better if it's armour he's taken from slain enemies, keeping his clothing and armour light to show his powerful and muscular body, a great warrior. Finally the statue is finished off perfectly displayed on a dramatic and rugged rock base, this adds a level strength and power to the finished piece.

This sculpture is limited to 100 signed and numbered on the base. Keep checking back as more work will be released very soon.