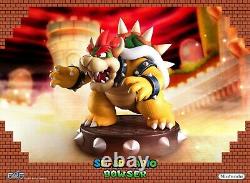 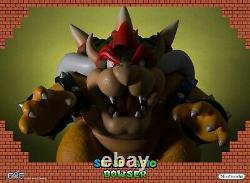 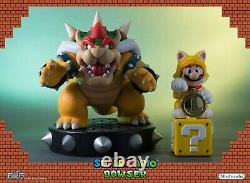 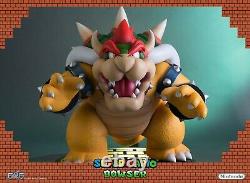 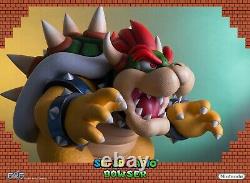 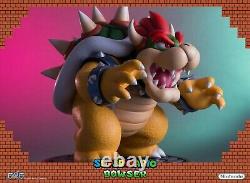 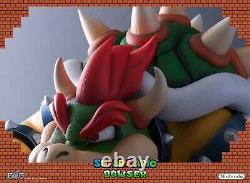 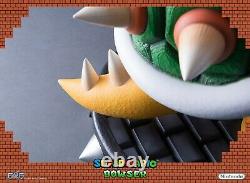 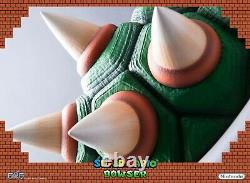 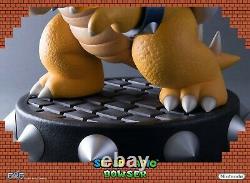 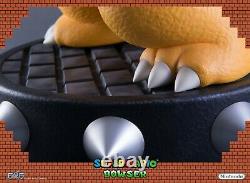 First 4 Figures is proud to present the highly anticipated Super Mario - Bowser statue! Bowser, sometimes known as King Koopa, is the main antagonist in the Mario franchise. Bowser is the leader and the most powerful of the Koopas (a race of turtle like creatures).

One of his prominent features is his size. Bowser is a huge, burly green shelled Koopa. He has big, bushy eyebrows with a mane that's bright red-orange. He sports two small horns along with many spikes on his shell and running along his tail.

His main goal is to defeat Mario and take over the Mushroom Kingdom, but he has also kidnapped Princess Peach on numerous occasions. He has also attempted to conquer other realms and the entire universe.

The most prominent ability that Bowser has is his fire breath. It is also the one that he's the most proud of. There are various ways in which he uses his fire breath. He can produce continuous flares or flurries of individual fireballs, use his breath underwater, produce blue flames that target Mario, and also cause a fiery rain to fall. Super Mario - Bowser Statue REGULAR edition comes with the following. Super Mario - Bowser statue. Highy detailed base capturing a scene based from the Super Mario series. Height - 19 inches (49cm). Width - 19 inches (49cm). Depth - 21 inches (54cm).