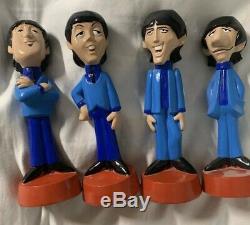 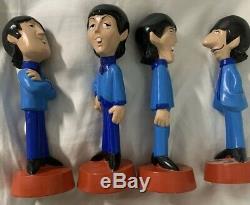 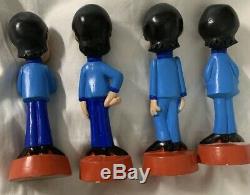 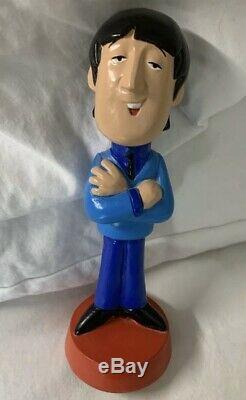 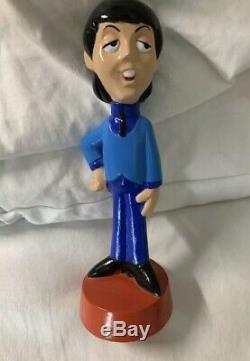 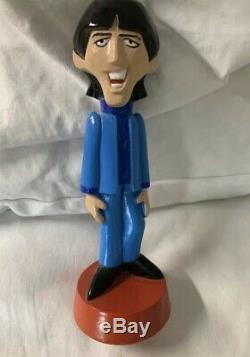 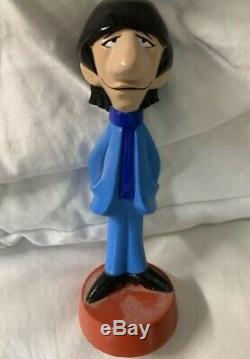 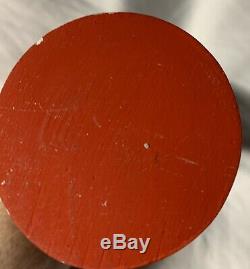 The Beatles original resin statues figures set of four TV Cartoon characters. These are not the knock offs that came from China with poorly painted colors.

This is from the original first run in the early Eighties. This is the very first original run by famous artist Kent Melton in the early eighties. Kent later was hired by Warner Bros. To do many of the limited-edition items for the Batman Michael Keaton film.

He did the Batman and Joker statues. Kent also went on in 1990, to work for the Disney club of figurines creating some of their most prized items that are very collectible to this stay. Going back to the early eighties, Kent had just moved from the Midwest and was a starving artist. This was one of his first items that he came up with. This is absolutely from the first run that he did, which were just a handful.

Ken was even hand painting them at the show. Memory may be off, but I believe that run was no more than 10 or twelve at the most. These were bought at that show.

They measure from mop top to base at just over 6 inches with Ringo just slightly and rightfully shorter at 6 feet. The ones with a sticker at the base bottom were done late eighties and early nineties. I have taken numerous photos to show you the condition.

This is exactly the way I received them. You might find a couple tiny marks on two of the figures at the ted base but again that was the way I got them. I have included photographs to show you front and back. This is for serious collectors only.